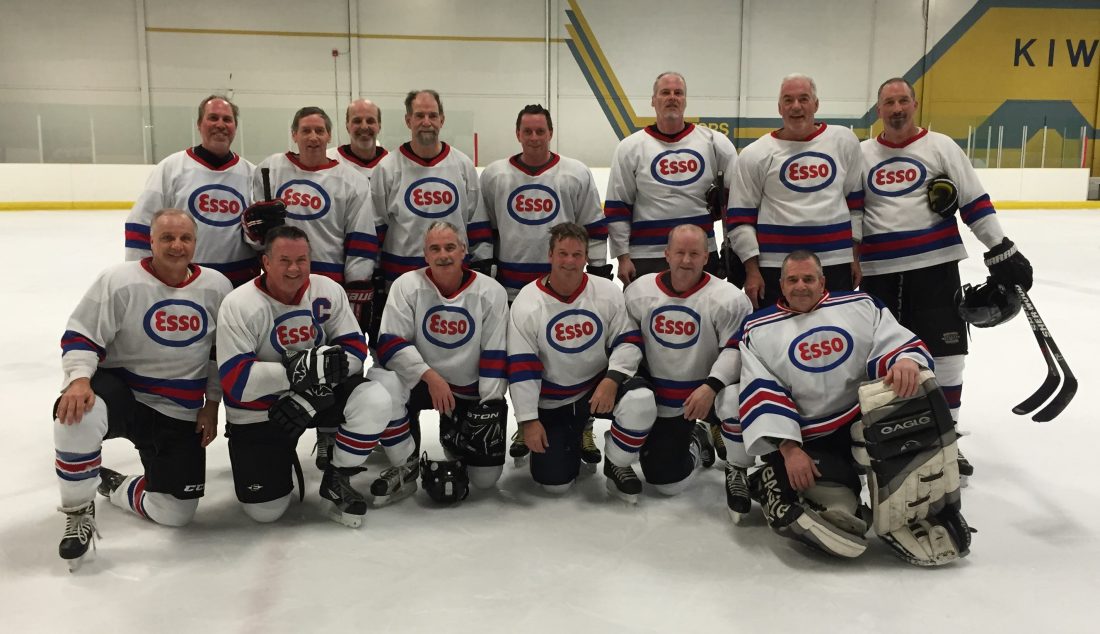 A group of B, C, D and E full time and pool players formed a 55 and over team for our recent league tournament.   The “Esso B’s” had a lot of fun, and managed to win all their games on the weekend.  Team organizers Brad Bauman and Chris Gehan from “C” are likely to bring this group, and over time, other members, into a ‘team pool’ of guys who don’t normally play tournament hockey from which they hope can register for 2-3 tournaments per year.   Chris had some queries at the tournament from other members of our league about organizing a similar team for tournament events.  He’ll welcome further discussions with anyone who wants to look at the idea in greater detail.