At the June 10 AGM, the league recognized the original board of directors of the Club formally as the first recipients of the new Reg Haney Builders Award.  Also chosen was active, long term member Don Herner.  The family of Reg Haney attended, spoke briefly of the role hockey played in their father’s life and then presented the awards to Jack Kirby, Garny Foster, Ken Sudds and to Don Herner.   Accepting on behalf of their late husbands and fathers were the families of Bill Turcotte and Murray Burt.   Mention was made to three other original board members of whom we were unable to make contact – Tom Thompson, Gary McMillan, and Don Hamilton. 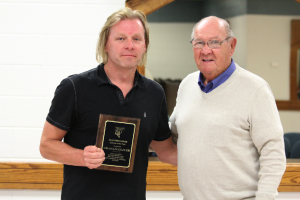 Jack Kirby, our first president and member of the Old Timers Hall of Fame (and the same goes for lacrosse too!) spoke to the group with some reflections of how important hockey and sports in general had been to him.  He thanked the members of the Club for maintaining the Club and that he was very pleased to attend.   He subsequently presented the award named for him, our “Jack Kirby Oldtimer of the Year” to Graham Oliver. 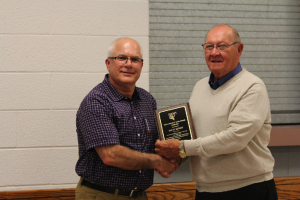 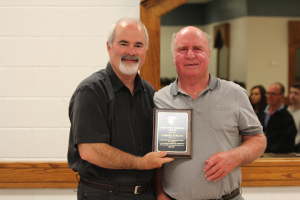 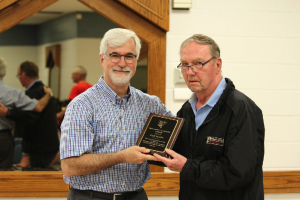 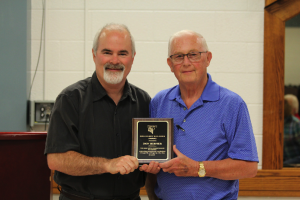 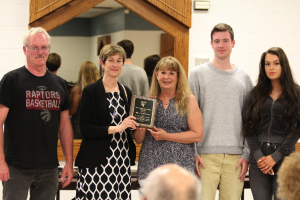 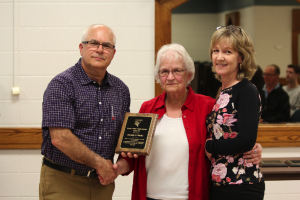