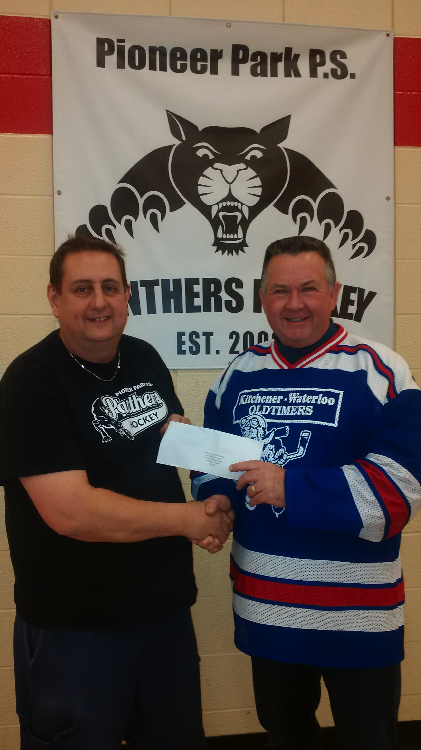 The K-W Oldtimers Hockey Club has made a $1500 donation to support the efforts of the Pioneer Park Panthers Hockey Program at giving young people an introduction and opportunity to learn about hockey.  The school was a recipient last year and we are pleased to have been able to support their program once again.   League VP Chris Gehan spoke to the students at a recent assembly, noting how pleased the league’s members are with their enthusiasm about hockey.   Members who happen to be by Sportsworld late afternoon on Mondays and Thursdays will see a big crowd of students, in gear, on the ice.   Just so you know, another active supporter of this program is the NHL Players Association.   We’re in good company in supporting youth hockey!